Bureau Veritas as a guest at the international REFUREC workshops

Bureau Veritas as a guest at the international REFUREC workshops

Polish entrepreneurs operating on the biofuels market should open up to new investments and solutions related to the production of advanced biofuels.

An interview with Szymon Kołodziejczyk, auditor on the biofuels market of Bureau Veritas Polska, who during the REFUREC workshops explained in detail the certification process on the EU biofuels market.

- Please tell us about your occupation and the biofuels market in the European Union.

Szymon Kołodziejczyk: Like most auditors of Bureau Veritas, I also deal with a very narrow field. I specialise in the domain of sustainable development in the biofuel production chain. The market for biocomponents added to fuels is fully regulated by the first EU directive Renewable Energy Directive (2009/28/EC), commonly referred to as the RED directive. Within its framework there are voluntary certification systems approved by the European Commission. There are 17 of them, however, 4 (Polish KZR INiG and ISCC, REDcert and 2BSvs systems) are most commonly used on the European market and in Poland. Bureau Veritas operates mainly within these systems by auditing and certifying entities from the biofuels sector.

- What does the certification of biofuels include?

Sz. K.: All links in the first generation biofuel production chain, i.e. originating from agricultural crops (rapeseed, soybean, maize, palm oil, etc.), from biomass collection points to processing units and producers of biodiesel or bioethanol, must be certified so that the final product could be considered sustainable and finally be introduced to the consumer market. Individual countries of the European Union have their own greenhouse gas emission reduction targets and their own established limits on the share of biofuels that they can bring to market. The RED directive specifies all criteria that must be met in order for the product to be a sustainable one, the audits according to the aforementioned certification systems are to verify it and this is the role of the auditors. Each of the systems approved by the European Commission has guidelines that the entrepreneur must meet, which is then checked by the auditors and if there are indications, they recommend granting the certificate. The certificate is issued by Bureau Veritas for the period of one year. In order to maintain the continuity of certification (which is essential in this field), a recertification audit should be planned and carried out sufficiently in advance.

- Please explain what REFUREC is, what is the role of this organisation?

Sz. K.: REFUREC, or the Renewable Fuels Regulators Club is an informal organisation for governmental institutions responsible for implementing provisions that regulate the biofuel market in individual countries. At the moment all EU countries are a part of the organisation, moreover, it is an open organisation in which other entities from the biofuels field, organisations, operators and administrators regulating this market can also participate. REFUREC is a kind of platform for discussion, exchange of information and experience, as well as development of common beneficial solutions on the biofuel market within but also outside the EU. For this purpose, usually two times a year, workshops are organised, during which all the above entities meet.

- You were the speaker at this year's workshops, what was your role?

Sz. K.: This year the workshops took place in Germany, in Siegburg near Bonn. Representatives of two certification bodies were also invited, including Bureau Veritas, thanks to which I, as a representative of Bureau Veritas from Poland, had the opportunity and pleasure to participate in the meeting. I introduced a presentation there, the purpose of which was to show how the certification bodies work and what their role on the market is. I brought the auditorium closer to the Bureau Veritas auditing system as part of these certification systems. I discussed their internal procedures, differences and similarities, and accreditations based on which they function. A part of the presentation was devoted to the need to harmonise these systems with the RED directive because, despite their mutual recognition, some of the guidelines (e.g. in the context of biofuel production from waste/residues) is inconsistent, which results in biomass certified in one system (e.g. KZR INiG) cannot be considered as balanced by the user of the second system (e.g. ISCC).

- What changes awaits the biofuels market?

The existing Directive 2009/28/EC is the main document regulating the biofuels market unitl 2020. On December 11, 2018, a new directive was published, known as RED II, which must be implemented by all of the European Union member states by 30 June 2021. It sets the main objective of reducing greenhouse gas emissions by at least 40% by 2030 compared to 1990 levels and to achieve a 32% share of renewable energy in final energy consumption.One of the key changes in the certification context of the RED II Directive is the fact that EU-wide sustainability criteria will be introduced not only in relation to the biofuel production chain (as currently), but also for biomass fuels used in the electricity sector and in the sector of heating and cooling.As for the biofuels themselves, the new guidelines put more and more emphasis on reducing greenhouse gas emissions for biofuels compared to mined fuels. In this respect, it sets new criteria, providing for 65% -70% reduction of gas for installations starting their activity after January 1, 2021, and 80% for installations starting after January 1, 2026. First generation fuels produced on the basis of agricultural raw materials will be burdened with additional indirect risk indicators for changes in land use. The assumptions of RED II prioritise the development of advanced biofuels assuming an increase in the share of these fuels from 0.5% in 2020 to 3.5% in 2030. As part of advanced biofuels, the production of biodiesel from used cooking oils will continue to be of great importance. Therefore, more supervision is planned, monitoring of entities involved in their purchase and processing. This is a very important aspect because there is a significant amount of this product on the market, there are numerous violations, and illegal businesses are flourishing, which are difficult to control. This is generally a huge formal problem in terms of regulation. Some of the European Union member states think that it is the certification bodies that should control this type of problem. From the point of view of individuals, including Bureau Veritas, this is not entirely appropriate because it is primarily adequate regulations at the national level that should protect the market against abuse. The audit carried out by a certification body cannot perform the functions of a control authority as it is done using the sampling method and only in relation to the guidelines of a given certification system, which automatically excludes the possibility of unambiguous confirmation of compliance with the law.

Sz. K.: Freezing the share of 1st generation biofuels at the level of 7% is a clear signal for all, also for Polish producers and farmers, that it will be no better... Polish entrepreneurs operating on the biofuel market should open up to new investments and solutions related to the production of advanced biofuels, but first and foremost, clearly follow the actions of all EU countries in this area and the process of changes and the shape of executive tools for the new RED II directive. 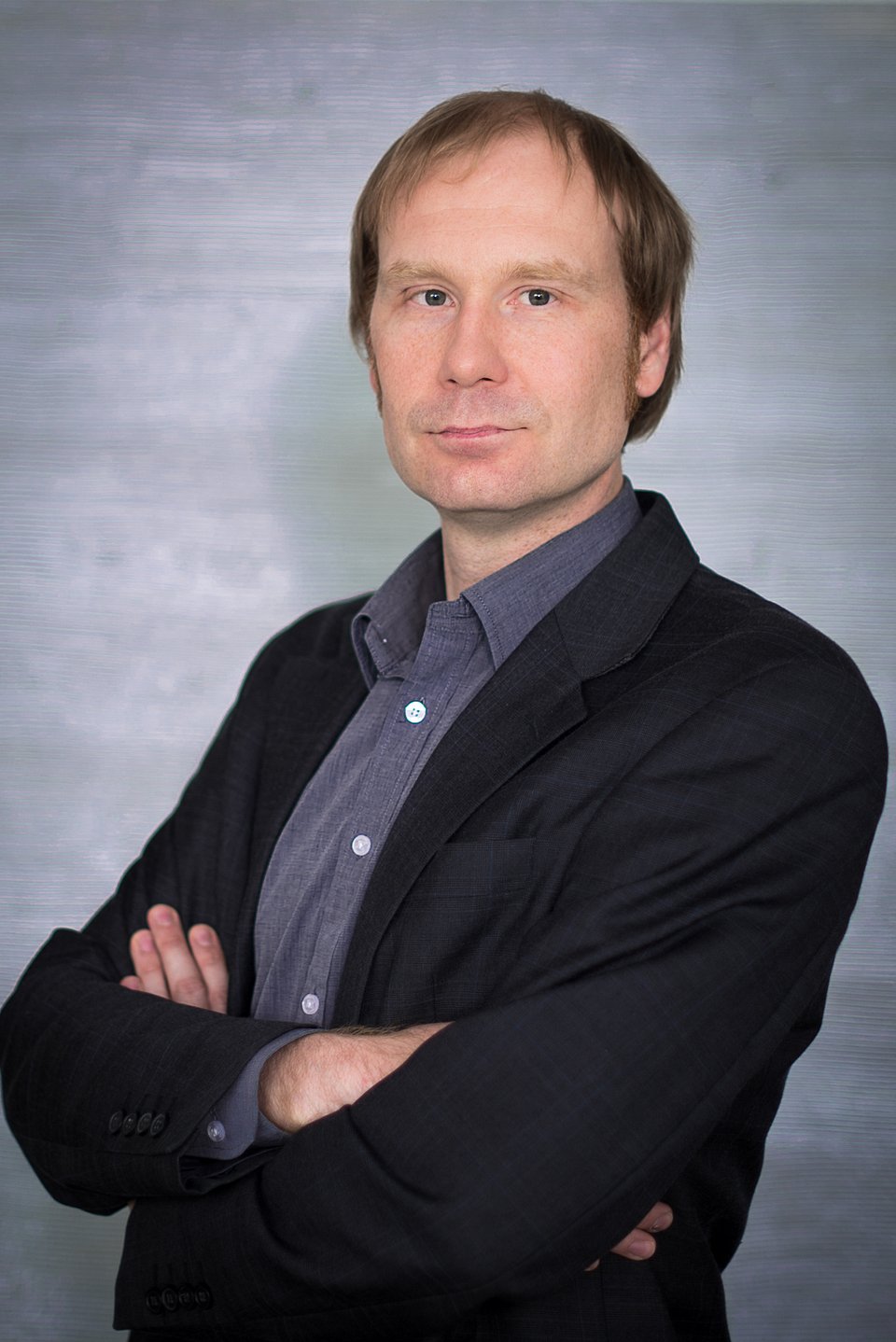 Szymon Kołodziejczyk -An acclaimed auditor of the biofuel production chain in the scope of KZR INiG, REDcert and ISCC systems. He gained his first experience in this sector by working in the field of sustainable development for one of the largest companies responsible for the production of bio components in Poland. Currently, he works as a head of the international competence center for ISCC and REDcert certification programs at Bureau Veritas. His additional competences cover auditing under such certification systems as: VLOG (non GMO certification scheme), Integrated Production of plants (IPR) and organic farming.  He eagerly participates in all initiatives and projects related to the broadly understood idea of sustainable development and circular economy. Privately, he values the closeness of nature and the care for valuable, interpersonal relations. 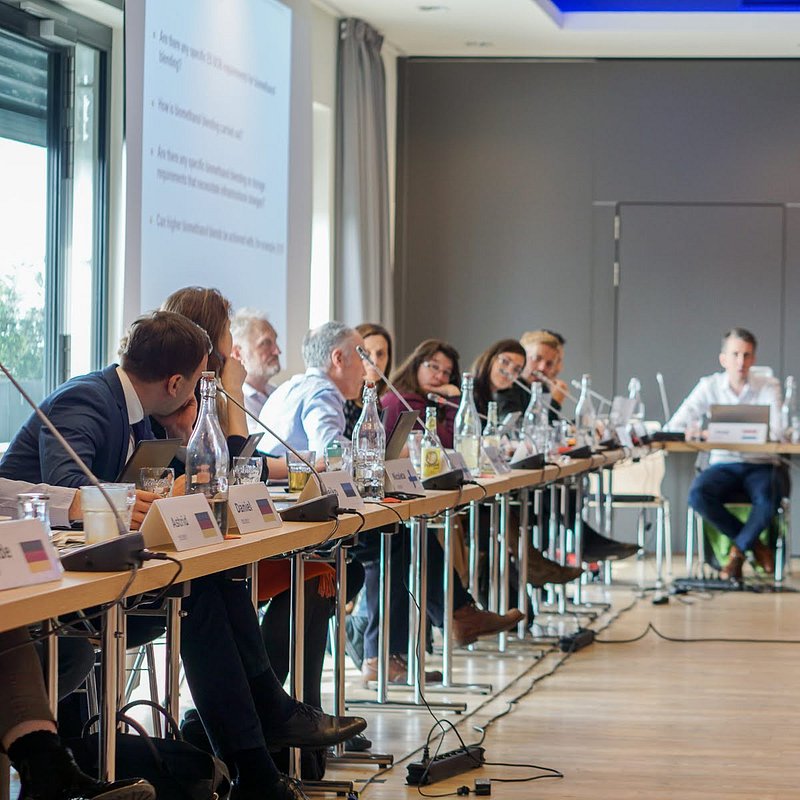 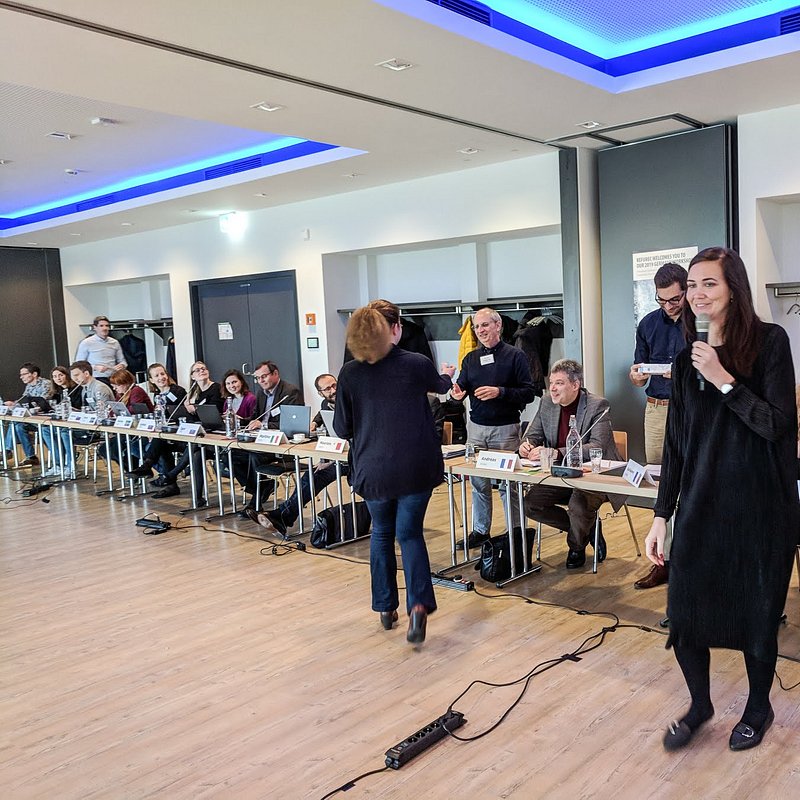 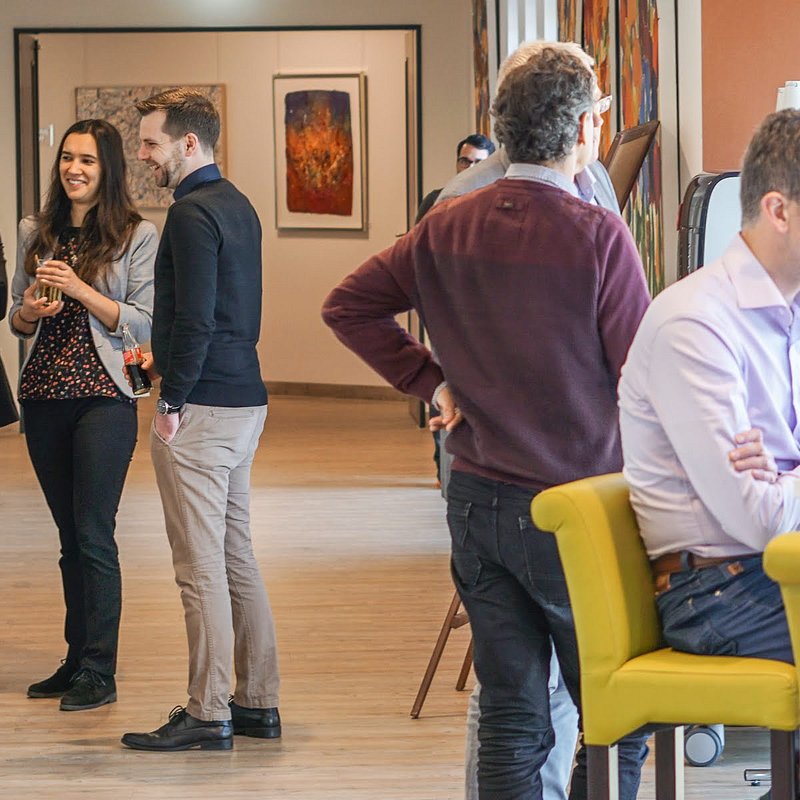 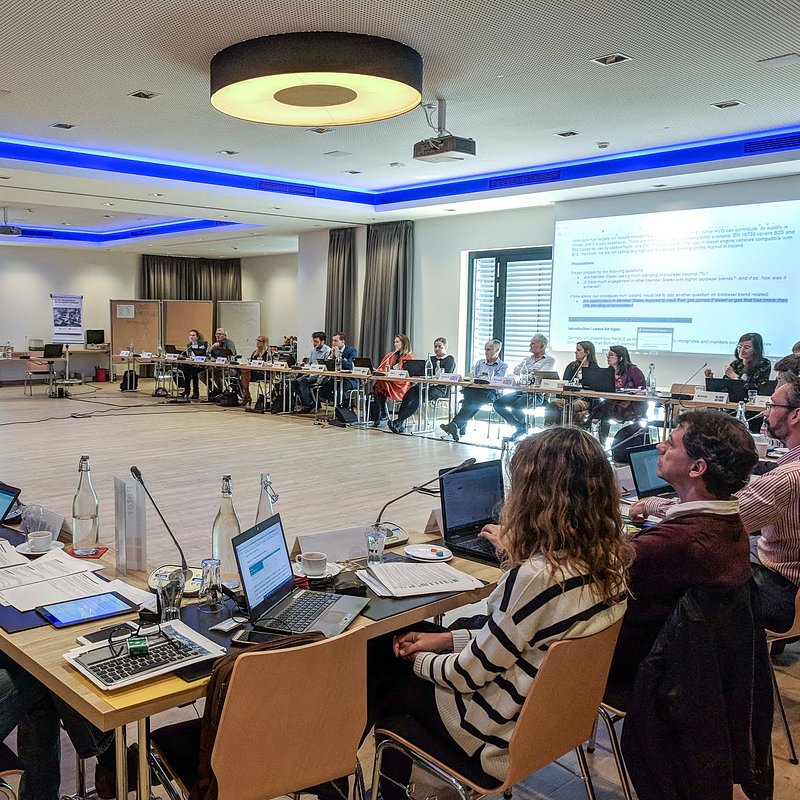 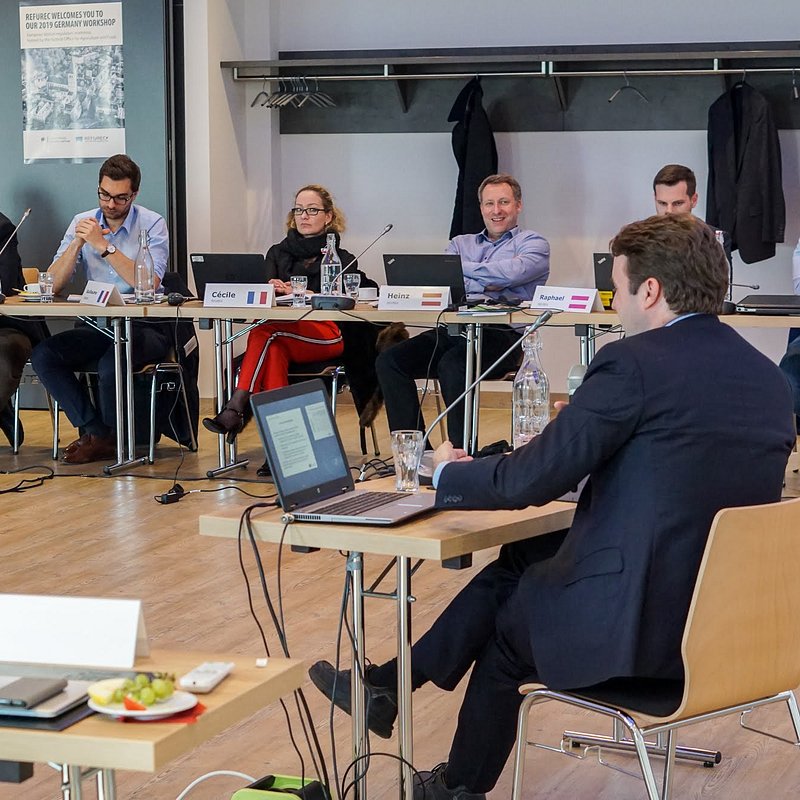 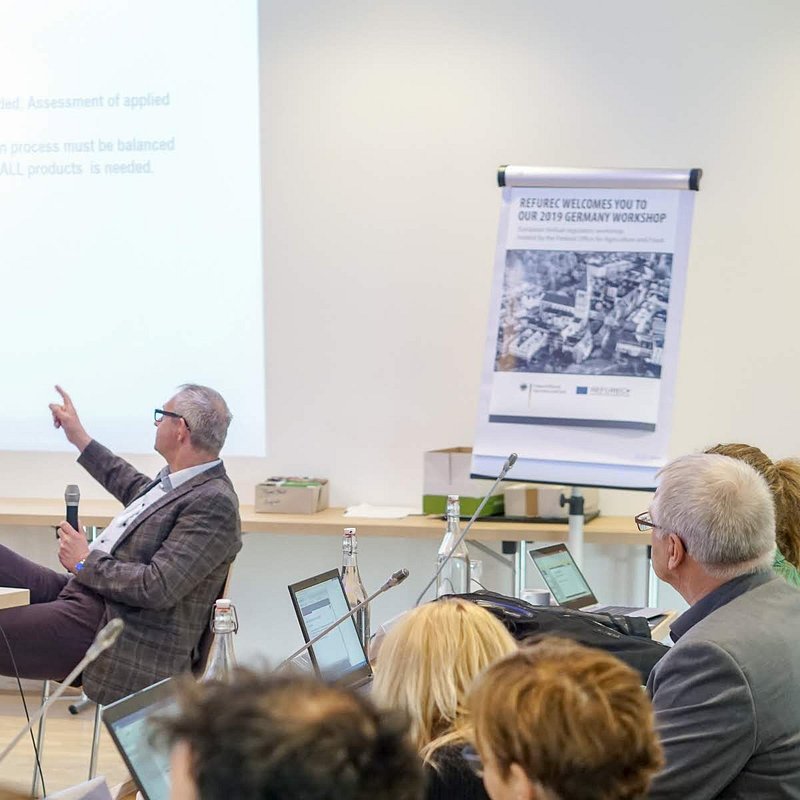 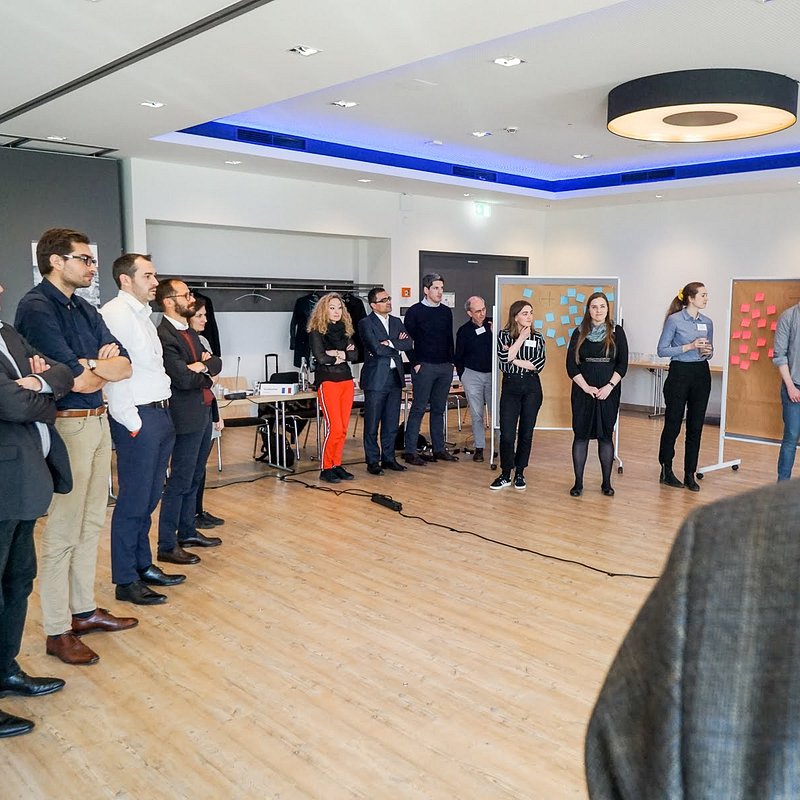 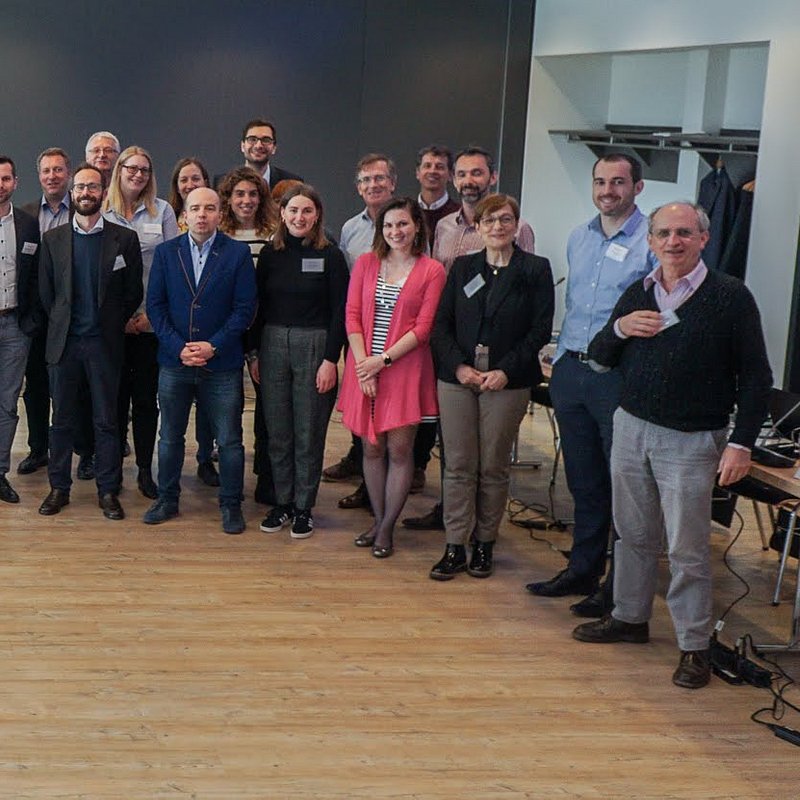