Strzelecka Spółdzielna Producentów Mleka (SSPM), a milk marketing cooperative based in Strzelce Krajeńskie, was positively verified by Bureau Veritas Polska. The process resulted in the granting of a VLOG certificate, which guarantees that products by SSPM are free from any genetically modified organisms.

SSPM is the second entity in the Polish milk market to be awarded with the non-GMO Certificate of Conformity to the VLOG standard. The first one was Hochland Polska Sp. z o. o., whose certification by Bureau Veritas Sp. z o. o. took place last year. VLOG Certificate (Verband Lebensmittel ohne Gentechnik) is granted by the German Industry Association Food without Genetic Engineering, which has been setting and improving standards in GMO control in food production chains for over a decade. The certificate confirms the elimination of all components that could include genetically modified organisms from the company's production process. It confirms also that the final products are free from GMOs. It concerns products of animal origin: eggs, milk, and meat, as well as cereals, vegetables and fruit. In the case of the milk industry, it also means that all fodders which may include GMOs have been eliminated from the animal feeding cycle. Originally, VLOG certificates were granted exclusively in Germany; however, with the growing appreciation of this certificate by the producers and consumers, certification has been available in neighbouring countries for several years now. Currently, outside Germany, it is required in Austria, the Netherlands, Denmark, and France, and covers a growing number of products: over 7 thousand today.

“We are the first Polish cooperative and the second entity in the Polish milk industry to hold the non-GMO certificate according to the VLOG standards. In Poland, there are many manufacturers who declare that their products come from animals fed only with non-genetically modified products, but in the West declarations are not enough. We export milk and milk products to Germany. In striving to increase our competitiveness in this market, we resolved to put ourselves through the certification process.” It was not easy, the process required us and our suppliers to take a range of time-consuming procedures. However, we believe that this certificate would improve our chances of playing a greater role in other European markets and would increase our recognisability among Polish customers. In Poland we are increasingly becoming more aware as customers, seeking healthy products and requiring reliable confirmation of product quality,” 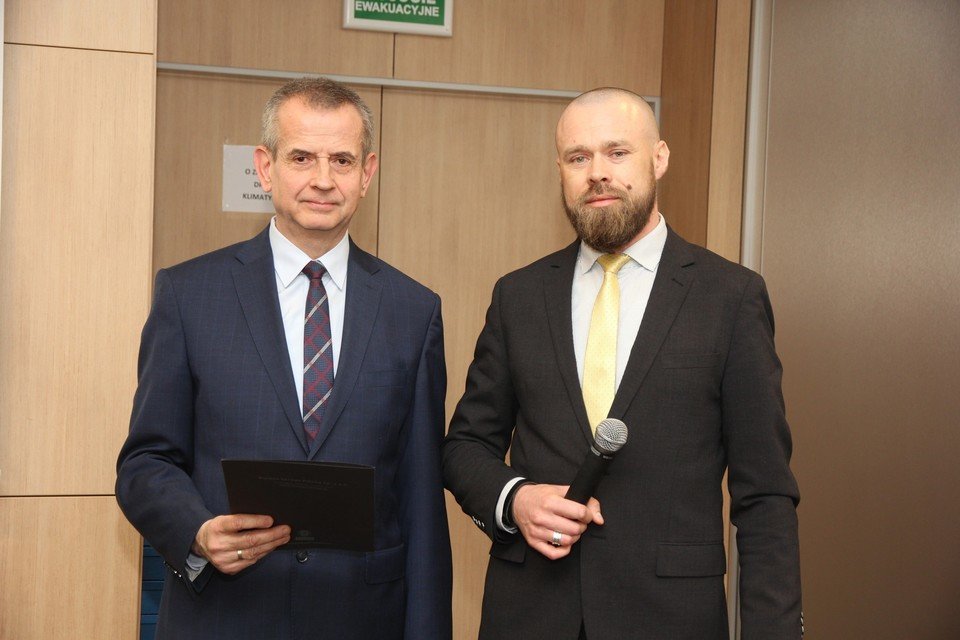 On 6th April of this year, a meeting of the cooperative was held in Wałcz to discuss SSPM's operations and results, and to consider the situation on the Polish milk market. During this meeting a representative of Bureau Veritas Polska delivered the official VLOG certificate to President Andrzej Jarmasz.

“While in Germany VLOG certification is gradually becoming a basic requirement confirming the quality and ensuring a good price in the milk market, in Poland it still provides a significant competitive advantage. In our home market, the milk industry is by far the most advanced industry in terms of the efforts toward obtaining VLOG certification. SSPM and Hochland Polska are certainly pioneers, setting a positive trend, understanding the benefits arising from this document,”

says Piotr Kosznik, Sales Director of Bureau Veritas Polska Sp. o.o., who formally delivered the VLOG Certificate at the meeting of the cooperative's members in Wałcz.